With high profile lives that include large mansions, ornate décor and decadent holidays, many celebrities also enjoy playing high profile stake games in casinos around the world. The following celebrities are renowned for their love of gambling in all forms.

Having learnt to play poker during his role in Oceans 11 opposite George Clooney, Brad Pitt seemed to have developed a love of all kinds of casino games as it’s reported that he used to finish filming scenes, and then head into the casino to try his hand at slot games, table games and more. While the Oceans franchise hasn’t had a new film in a while, Brad Pitts love of casino games remains.

This NBA star has gambling stories attributed to him, which date back outside of casino walls and into games such rock, paper, scissors on which he once reportedly bet $100K on, or betting on golf games where according to NBA star Charles Barkley, Michael Jordan bet $300K on a putting stroke. His teammates all know that Jordan loves to gamble and have shared stories about how the star would often stay up until after 6am playing poker with them.

A charismatic actor, as well as notable director and screenwriter, Ben Affleck is known for enjoying a good game of blackjack, though he excels at poker and was once banned from playing in Las Vegas in 2014 because of how lucky he was at it. He is known for having won the state poker championship in 2014 in California.

Apart from her great acting abilities, this Hollywood star is known to be a semi-professional poker player, having come first in the Ladies’ No-Limit Texas Hold ‘Em tournament, as well as having won the gold bracelet in the 2005 World Poker Series.

A very good friend of Ben Affleck and all-round affable actor, he is often spotted alongside his buddy in Las Vegas playing cards. He played a gambler in Rounders and is almost as good as his character was due to the poker training he received from legendary player Johnny Chan. 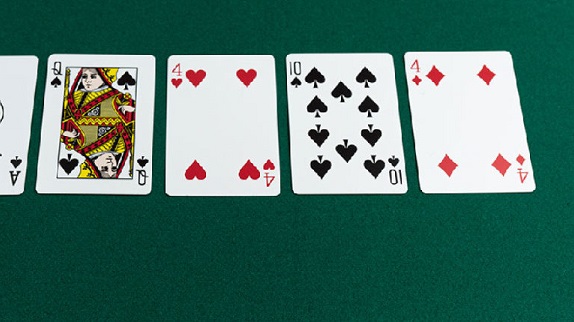 This notable rapper and actor has a great love of betting on sporting games, and the most famous case of winning big was when he decided to bet $2 million on boxing star Floyd Mayweather Jr during the 2015 fight of his VS Manny Pacquiao. Floyd won, and so did 50 Cent. He’s also been known to place sporting bets on teams winning specific matches, such as placing a half a million-dollar bet on the New York Giants VS the 49ers in 2012 which he also won.

This actress, who is famed for her role in the movie series American Pie, found a love of poker at an early age with Draw Poker being a favourite, and she hasn’t looked back. She excels at Texas Hold’em, despite not enjoying the game initially, and is often been spotted at casino tables around Las Vegas.